The RICEAN School of Dance (RSOD) is a program of RICE on Hydra, which is focused on "the choreography of humans". It describes itself as a "self-actuated" school without teachers, with a "curriculum" that is "neither led nor taught". I expected to be challenged -- and I was. The 10-day experience was extraordinary and I will certainly never see choreography in quite the same way again. It is unfortunate that it was upstaged by its "satellite project" which was, frankly, unhealthy. It has taken over two months to find a way to write about it that I believe is honest, fair and constructive. 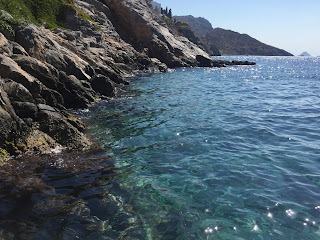 The rocky shores of Hydra, August 2016

You get to the island by crossing the, often churning, Aegean Sea from Athens. From the shores of Hydra, the central vortex through which you enter the RICE experience -- and the frame that contains it -- is a 10-day 'choreography' that I have dubbed The Scroll of Propositions. It begins with a giant roll of kraft paper stretched out across a studio floor. Everything is optional. We are, however, strongly encouraged to attend dinner. The location of our evening's meal is found clearly marked on the lower left side of the scroll. On Day One, the other propositions, fastened with pieces of bright blue electric tape, do little to clarify just what we might be up to over the coming days:

After a series of intense, inspiring discussions at dinner the night before, I stood there, groggy-eyed, staring at this scroll with my head abuzz: What is Parliament? Who is Michael? Day Out of Time?? Well, Sunday 2pm. Ok. At least I know who Vito is… What day is today again?

At a traditional school or conference, this Scroll would be called the "Schedule". Here, our program was in constant flux, with new activities added at any time by those who dare. (I was told by someone who "knew what was going on" that only those who "knew what was going on" should really post, so I certainly did not dare…) The organizers seemed to disappear beneath a cloak of invisibility, disowning authority and letting the structures and clues set in place take on a life of their own. Clearly, the intention was to wake us from the kind of complacency that a rigid schedule encourages. No problem. We were game for it. 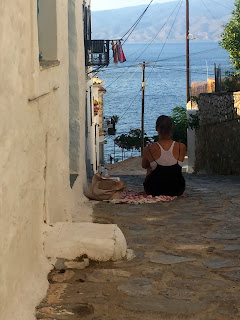 The Greek isle of Hydra* is a lot like a computer Game landscape come to life. Rugged stone pathways carve out narrow corridors up, down and through the town. These turn into open dirt trails as they lead out to vistas overlooking the sea, or plunge down rocky stairs into the deep, warm turquoise water that thrusts itself up against the island's shores.

The beauty of The Scroll of Propositions is that it creates more questions than answers, and sent us in search of one another for information, clarification, verification: Where have you been? What have I missed? What is Parliament? When is the Rice Circle? Has anything changed? and, most importantly, How do you get to Anita's for dinner? Over time our desperation to connect as we passed each other on the streets became a comfortable sense of camaraderie, knowing that we could rely on each other to find a way through what felt a lot like chaos. I think it is fair to say that a framework that sets the conditions for us to work together as a community is a beautiful thing.

RICE stands for Radical Institute of Cybernetic Epistemology (among a number of other things), which I had never heard of. Cybernetics most often refers to the study of computerized control systems but is also sometimes used as a synonym for "systems thinking", which focuses on the complex inter-relationships that create and define both living and non-living systems. Its Greek root, kybernesis, means steering, navigation, and governance. Epistemology is the study of knowledge. Putting these two words together points to the study of how systems and frameworks steer or govern. Personally, I think it is best described as the study of how we grow our world.

The 60 of us who attended RSOD this year are adventurous souls who take risks willingly, question deeply, and live along (or are frequent visitors to) that borderline where the known and unknown meet. I have been dancing here cheek-to-cheek for over 15 years, and even I was surprised at how seriously disorienting this set up was. We all migrated gratefully toward the only proposition, other than dinner, that clearly stated where, when, who and what. 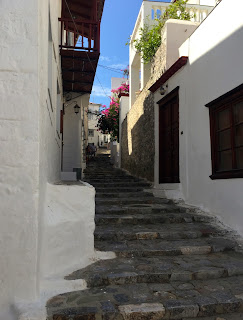 This was altogether different from the other proposals, and was described as a "satellite project" at a "satellite site". It held a steady position on The Scroll in the lower right corner and was to be an "excavation site" for "institution building". The space it was held in was far more welcoming than the main school, with chilled lemon-water to counter the blazing heat, and and a smiling, gregarious host to help us feel at home. Hansel and Gretel must have felt the same kind of relief when they came upon the witch's gingerbread house in their treacherous German woods.

Powerful contradictions were at work here. Regimented controls like when to enter, where to sit, and even how to behave were at odds with the stated aims and modes of operation I had read about and been led to expect from the program materials we had received weeks before arrival. Our self-designated 'King' selected those he deemed worthy to speak, present or perform, which set us in competition with each other, vying for validation and approval from the powers that be. It was disappointing how easily most of us slid back into the deeply grooved patterns of the old system we were here to challenge.

Essentially, this was an experiential excursion into what Gregory Bateson described as a "double bind" -- a situation with two or more conflicting messages, with one negating the other. "A successful response to one message results in a failed response to the other (and vice versa)."** If, for example, we rebelled, then we were excluded, shamed, avoided, or punished. If we cooperated, we might win power or prestige, but also sacrificed our dignity, our integrity and our role as active participants in shaping our world. In this kind of setup, no matter how you respond, you lose. Confusion was used, as it often is in a double bind, to deflect resistance and deter response. I had never heard of a double bind before. Unfamiliar with cybernetics, epistemology, or any of the other big words and concepts being swished about flamboyantly like cloaks hiding Superhero wannabes, I watched as we either fit ourselves to the demands of the hierarchical power structure we were confronted with, or rebelled quietly, refusing to participate. There was no confrontation and no open discussion about what was going on. As rebels go, we were all very polite. 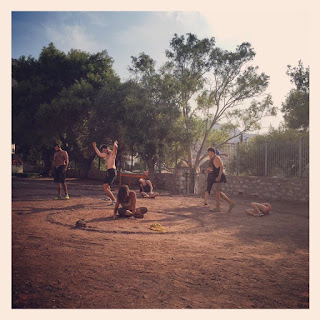 The ethical dilemma here is that none of us signed on to be guinea pigs in a 10-day experiment that was neither framed nor informed in a way that it could be anything by psychologically destructive. Double binds are known to be the root cause of schizophrenia. This "satellite" world was a deeply disturbing experiment in social behavior, and it appears to be continuing with the creation of a real-world institution that replicates, once again, that "survival of the fittest" mentality I thought we were trying to get away from. If this was all intentional (and that could be debated), then the responsible and humane thing would have been to expose the experiment and its framework before we left the island at the end of our stay in order to learn something from it. That was not done.

In writing this, I feel as if I am throwing my body into Mario Savio's machine to make it stop. Someone has to care enough. I guess that would be me. And I care because other parts of RSOD were amazing: like Parliament, a movement score by Michael Kliën. About 30 of us ventured up to the school at the top of the hill at 11pm one night to begin a 3-hour immersion into "thinking body, moving mind". Our directions included: "Do not have ideas". It took me at least an hour to figure out how that might be possible! I would have loved to have had another two hours at it, since things were just beginning to get moving at 2am when we called it a night. The score of this social choreography set in place just enough "constraints that it enable(d)"*** us to be present together, no matter how uncomfortable that might be, no matter how scary we might seem to each other, no matter how deeply we might be moved, or how bored we might become. 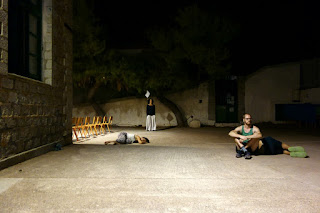 There was so much that was worthwhile, including discussions led by Erin Manning and Brian Masumi around the question of what an institution for the 21st century might look like, and how to archive experiences that do not lend themselves to traditional documentation -- like this one. My very favorite moments, though, were the many unscheduled exchanges that appeared out of nowhere on a bench between activities, or over a cup of tea in pajamas.

Dancers, movement artists and choreographers have much to contribute to the burgeoning subject of "Social Choreography", and I am glad to see this conversation being broached within the dance community by experienced movers. The question about how we steer the creation of our world is potent and timely. Social experiments can be enlightening, even revelatory, but they can also end up being outright damaging. It is not enough to be unflinchingly true to the ideas and ideals at work, we must also be true to the heart of the matter, and that, in this instance, is: What kind of world are we creating together? When we lose sight of this, we end up with a nightmare that looks a lot like Lord of the Flies or the white supremacists movement of Eugenics in the 1930s. We can do better than this. 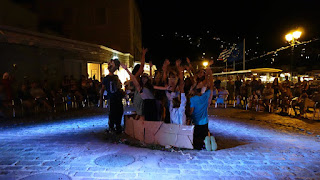 "A mind all logic is like a knife all blade. It makes the hand bleed that uses it." (Rabindranath Tagore)

_____
* The isle of Hydra is not, I was told, related to the multi-headed monster of Greek mythology! That, apparently, is the Lernaean Hydra)