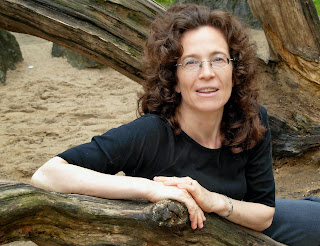 ANN is a movement artist, teacher, writer and director currently based in Paris. A certified yoga instructor, a martial arts practitioner and a dedicated student of life, Ann has been teaching and performing for over 30 years. Originally a dancer and choreographer, Ann founded Perspectives In Motion in 1988 as a contemporary dance company in New York City. As intended and as its name implies, the company's focus has evolved organically, and now includes explorations in education, collaboration and mixed- and multi- disciplinary projects.

Raised in Colorado, Ann began performing at the age of 8. Her first professional performances were with Gwendolyn Ashbaugh's Palimpsest, Denver Civic Ballet, Colorado State Ballet and Opera Fair. She moved to New York City in 1981, where she studied with ballet with Finis Jhung and David Howard, Horton technique with Milton Myers, Taylor technique with Susan McGuire and Ken Tosti, Limon technique with Colin Connor, Humphrey-Limon-Sokolow with Jim May, and with Margie Gillis. She danced with a number of companies, including Anna Sokolow's Players' Project, the Manuel Alum Dance Company, Impulse Theatre and Dance, and Perspectives In Motion.

She began studying yoga in 1982 with Eric Beeler and first began sharing this practice with her dancers in 1991 to help them gain a deeper awareness, more powerful presence, greater control, flexibility, articulation, focus, ease and well-being. She is a 200 RYT certified yoga instructor. Her first introduction to the martial arts was in 1994 in New York with Aikido master, Henry Smith. Her studies in the martial arts include Tai Chi (wu style) and Chi Gong with Maria Abrahams, kenjutsu, Aikido and Kinomichi with Masamachi Noro, Nguyen Than Thien, Lucien Forni and Catherine Auffret. She has taught dance, yoga, partnering and movement throughout the US and internationally, including in Belgium, England, France and India.

Ann has worked in film in a number of capacities, including choreographer, dancer, actress and cameraperson. In 2006, Ann Moradian and visual artist Nannette Bertschy began a collaborative exploration which led to not only a large body of figurative photography, but also to a number of experimental movement videos. In 2009 Nannette joined Ann on The Medusa Project, as Ann continued to develop the conceptualization of a multi-disciplinary performance work re-telling the myth of Medusa. This fascinating and funny large scale work has been presented in-progress in Paris 2012 and 2013 at venues including the Bilingual Acting Workshop, the Centre nationale de la danse and L'Art au Garage. She has also worked in collaboration with photographer Alex Vanagas.

While living in India from 1996-2002, Ann served as the Performing Arts co-Chair for the International Women's Association of Chennai. She began writing on dance in 2001, when she was asked to present a paper on Abstraction and Dance for the Natya Kala Conference on Choreography, also in Chennai. She has continued to present papers, speak on panels and conduct workshops for international conferences and organisations. More recently Ann was a panelist at the Centre for Imagination and Ideas at Columbia Global Centre in Paris, on the topic of Dancing - Moving - Knowing. She has also co-authored a chapter, ChildhoodNature in Motion: The Ground for Learning, with Martha Eddy, published by Springer in the Handbook on ChildhoodNature. Currently based in Paris, Ann has served as the French Correspondent for The Dance Enthusiast, and was voted Best Yoga in Paris in 2016.

Ann teaches for a number of institutions in Paris, including the ICM (neuroscience research division) at the Hopital Pitié-Salpetrière, and NYU-Paris. She conducts classes, workshops and classes and retreats. Ann continues to work on collaborative and interdisciplinary projects and often serves as a coach and advisor for performance productions.